August is Women’s Month in South Africa, and we couldn’t be more excited to announce that Wynberg Girls’ Junior School and High School are going solar through Sun Exchange!

Public crowdsales of solar cells to power the two schools are now open. This provides an opportunity for anyone, anywhere in the world, to buy solar cells, earn an income from the clean electricity they generate and support the empowerment and education of girls and young women. Anyone who wants to participate should sign up to become a Sun Exchange member, then head to our solar projects page to get started. (Sun Exchange’s last project for Wynberg Boys’ High School sold out in just three hours, so don’t miss out.)

The schools decided to launch their crowdsales during Women’s Month in appreciation of the brave and inspirational women who, in 1956, protested against the extension of South Africa’s apartheid Pass Laws to women.

“Those women who stood up to the apartheid regime represent, to us, the extraordinary power of women to revolutionise their societies and the world. They’re an inspiration to us as we seek to transform South Africa by growing our country’s next generation of women leaders,” said Dee Cawcutt, Principal of Wynberg Girls’ Junior School.

According to Shirley Harding, Principal of Wynberg Girls’ High School, “this project is an opportunity for us to demonstrate to the girls that we live in a global village and that small actions can have a powerful impact. It is so exciting that someone in a distant part of the world can buy solar cells that will provide them with an income stream and us with more affordable electricity to power our school.”

The Wynberg Girls’ school solar projects have received praise from the Western Cape Department of Education, which is championing the transition to renewable energy in the education sector.

“Congratulations to the Wynberg Girls’ schools for taking this step to become climate leaders by reducing their carbon footprint and by showing what can be achieved through innovation and technology,” said Debbie Schäfer, Western Cape Minister of Education.

“It is especially poignant that these all-girls schools are launching the projects during Women’s Month and during our 25th year of democracy. We have come a long way since that march in 1956, and we still have a long way to go. However, with initiatives like these, we are showing that women have what it takes to lead such a vital aspect that affects our lives and to drive South Africa’s energy transformation while teaching girls about technology and entrepreneurship,” said Minister Schäfer. 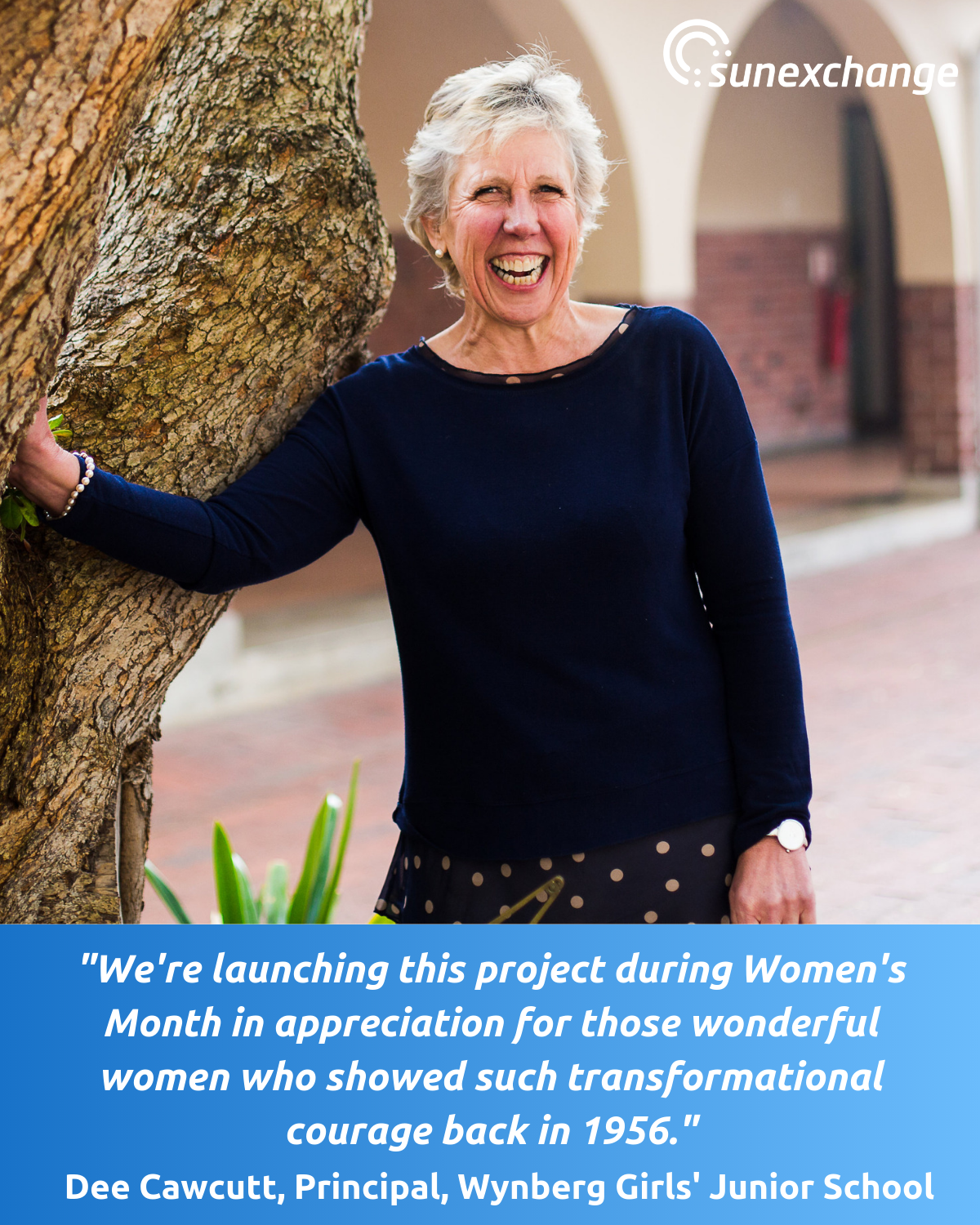 “The Wynberg Girls’ schools have a long and proud tradition of empowering girls to transform their communities and the environment, and Sun Exchange is delighted to be part of this. The solar projects will enable the schools to have solar power installed with no upfront or ongoing operational costs. With immediate savings on their energy bills from the first day a solar project is operational, the schools can focus their resources on what they do best - building tomorrow’s women leaders,” said Lisa Lyhne, Sun Exchange Managing Director.

Individuals can buy solar cells through Sun Exchange’s online platform, with the cells then installed at the schools under a 20-year lease. The lease payments of ‘monetised sunshine’ (income generated by the electricity the solar cells produce), are equivalent to an estimated 11-12% internal rate of return (IRR). Buyers have the option of donating part of these earnings back to the schools to bolster its science and technology departments, contributing further to developing girls into future leaders.

Women’s education and empowerment funded and powered by the sun - what a way to celebrate Women’s Month!